THE FIGHT for NEWTON CORNER: No_demolition 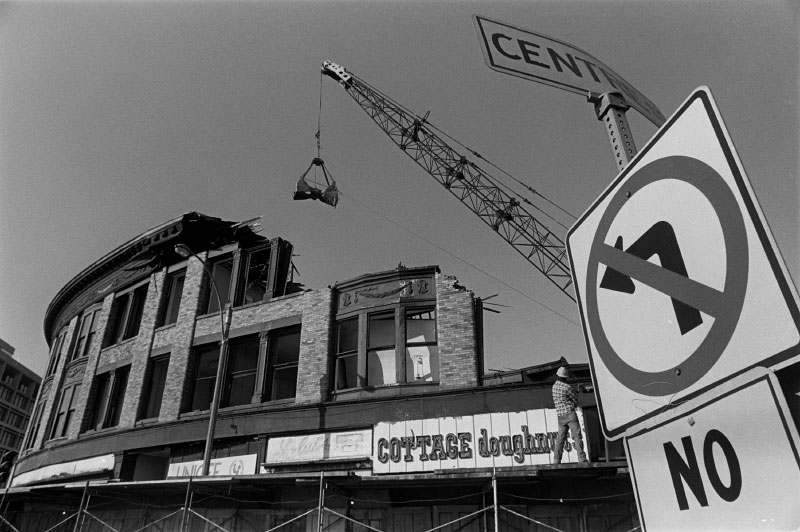 Ultimately, the issue of scale was crucial to the controversy. As the Board of Aldermen continued hearings through the summer of 1981, battle lines hardened between those who agonized over the city's need for affordable housing -- whatever the height and density of the development -- and those who saw Druker's high-rise as the first death knell for Newton's villages. Tenants lobbied against the proposal, convinced that Druker's fall-back option of building office space was a bluff to force approval of his much larger mixed-use development. When the aldermen finally voted on August 10, 1981, they denied Druker the necessary zoning variance.

Tenants briefly rejoiced, convinced they had won their fight against development. But Druker decided to exercise his option to build ofice space, and eviction notices for tenants of the Nonantum block began arriving shortly after Christmas of 1981.