THE FIGHT for NEWTON CORNER: backyard_ball 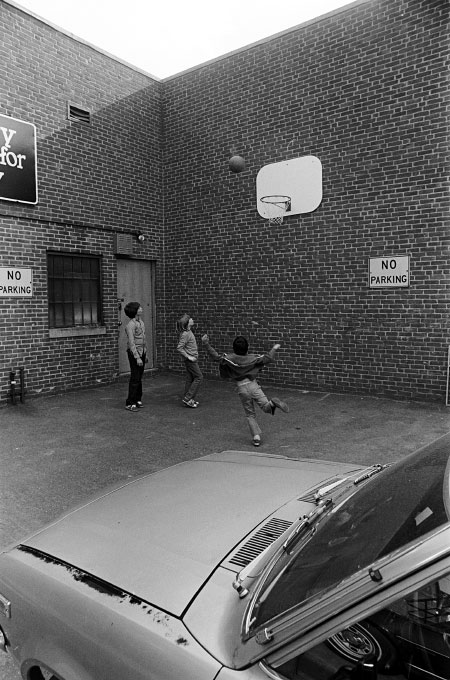 When the Mass. Pike followed the railroad tracks through Newton in the 1960s, it split Newton Corner in half. Now there were two distinct communities divided by hundreds of feet of sunken highway. The south side was generally professional and Protestant; the north was mostly blue-collar and Catholic, with a large Italian population. While class distinctions have begun to diminish in recent years as more professionals move into the north side, the working-class Nonantum Block remained isolated from both the south side and the increasingly affluent city around it.

Most people in Newton were oblivious to the community in the old buildings, for it was a community far different from their own. Middle-class homeowners didn't hang out at the corner store or on the back stoop; they drove to market or to their social engagements. To them, a backyard meant grass and privacy, not an asphalt parking lot where kids playing ball had to watch out for incoming cars. At odds were two very different communities, each with their own values and way of life.