THE FIGHT for NEWTON CORNER: demo_bikes 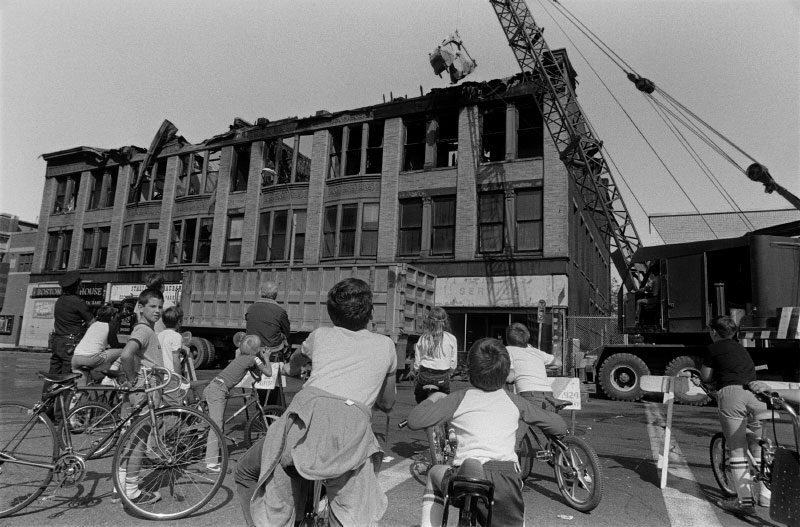 Kids watch demolition of one of the five buildings at Newton Corner, after a suspicious fire gutted the vacated structure over Labor Day weekend.

"I still get so emotional, after all these years, that I really don't like to talk about this. What bothers me about the fire and makes me sick to my stomach, was the reaction of people watching. It was so crowded and people were so anxious to see the fire, it was like a big show. Everyone was jammed together, just to get near it, and people were yelling, 'Burn! Burn!'

"Something sacred was being destroyed, and it had to do with the creators of the building, the architects and artists who built it. I had a very glorious, moving feeling as I watched the building burn; it was like seeing a sacred mountain."